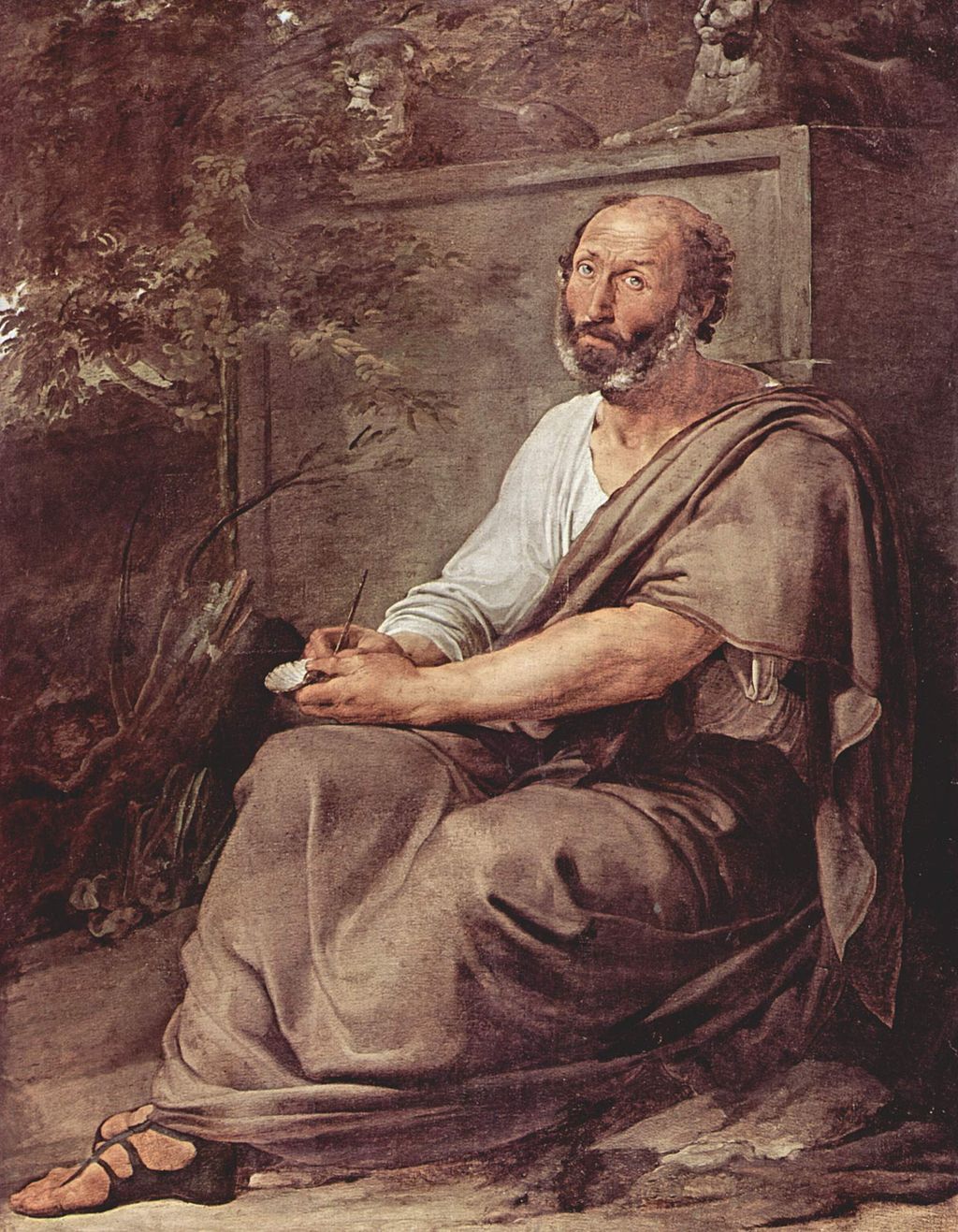 How are this and other "Great Books" relevant to how we live our lives?

Everything around you indoctrinates you. Then, you get vehement in your position and unable to talk about them. Argument does not go back to fundamental principle of things. Push back down to fundamentals.

Is there a necessary injustice in any political system? The push to make something "complexly unproblematic" might be childish. You have to manage problems that are not solvable. Once you optimize in something you become deficient in another (i.e., moderation).

Reading, like thinking, is an art. Things aren’t always as they appear. For example: Beginning a question by saying what is at stake with the question and what it is really about, then turning to common opinions about that question — afterwards, then evaluate and analyze answers in order to come up with right opinion plus the reasoned argument to support it that is rooted in fundamentals and extends to highest fundamentals.

Devices to use when beginning to say an opinion: "It seems... people say..."

The Polis requires people who are willing to die in its defense. If you’re in a position where you must think something and another doesn’t, are you just going to yell at them? That goes nowhere. If you’re pressed could you give an account?

All associations aim for what they believe are good. Every community is constituted for the sake of some good. For everyone does everything for the sake of what is held to be good.

Typical form of an art = hypothetical necessity. "If you want this you must do that."

It matters if you have powers over the people you are addressing. You cannot just blurt out orders over anybody.

If there is an art, and you know what that art is, then you will be able to legitimately judge the skills you know are necessary for the art (e.g., dentist, etc.)

(Sidebar Commentary: In everything we read, go to the most base essence of it, and know how it gets built back up. This is analogous to John Boyd’s "Building Snowmobiles").

Reason is the only authority. If we go back to the fundamentals: It is because if I know I cannot go to any smaller part and build forward, then using reason alone I can prove my argument. Using assertion there are ways we can know how a human being thinks.

(Sidebar Commentary: We have this striving [e.g., reproduction] which is our "Will to Power". There is a hierarchy that naturally occurs. The mind rules the body).

The best is baked into the natural things as they are made by nature.

Household: The household (e.g., man, woman, space) has its own purpose which nature has designed them for. First a house, then a woman, then an Ox.

Village: Satisfaction for something more than daily needs. The village is the outgrowth of the family. Family: "Singular Power Relationship". Village: "Distributed". Village is for the sake of non-daily needs.

City: The final association, formed of many villages, is the state. Self-sufficiency is reached. The state came about from A means of securing life itself. Good life. Living well. Not associated with pressing need for daily and non daily life.

Assertion that nature has natural authority. That has the end. Man + woman = natural and necessary. Having established that, there is a trajectory built into these relationships.

The city necessarily embodies some injustices. To live well, means you have to be deficient in others.

Self-sufficiency, without the need of the state, his favorite by those who are war-lovers. Supermen and lower-men (beast): War-mad men. "Any man who by his nature.. has no state is either… subhuman or superhuman — he is like the war-mad man condemned in Homer’s words as ‘having no family, no law, no home;’ for he who is such by nature is mad on war."

Dialectic (wrestling with your own ideas). War in speech — Testing ideas. Talking to yourself assuming different perspectives. Testing them, pushing them as a way of learning. Not necessarily against society.

There is a natural inclination to forming units, not just for a living, but for living well.

Hobbesian Notion: If you are not with us, then you are against us.

(Sidebar Commentary: The apparent resemblance between Hobbes' and Aristotles' accounts of asocial — or subhuman/superhuman — man is overshadowed by two differences. (1) The inhabitants of Aristotelian state of nature is thus that any individual who by nature lives outside society could no longer be characterized as human: Non-social man either resided among the gods or lived among the beasts. The inhabitants of a Hobbesian state of nature were unquestionably human. Hobbes’ asocial man was equipped with social characteristics (language, reason, imagination, passions like pride/envy/arrogance) and the ability to rationally calculate his own self interest. (2) For Aristotle, this asocial man was an anomaly, a perversion of man's natural, social state. While for Aristotle, man was inherently social, in opposition to nature. For Hobbes, he created a "definable and radically distinct spatial condition within which to relocate and re-conceptualize man in terms antithetical to society: he created the possibility of visualizing a miserable and tortuous condition that was simultaneously "natural" and in opposition to society.)

Nature does nothing without some purpose.

Someone who is self-sufficient is either a beast or a God. To Aristotle, God really means Philosopher.

Speech allows us to have this dialectical mode of inquiry, and to think. To speak is to wrestle. To wrestle with words.

Is there an ongoing tension between the city and the philosopher?

Prudence and virtue are very susceptible to being used for its opposites.

Perverse: Expansion of desires beyond the reasonable. For example, sex and gluttony.

Justice is a thing belonging to the city.

The end claim from Book 2: Justice is a thing belonging to the city, and it gets complicated as you divide the household into its parts.

What is slavery? What does slavery have to do with the household or the state?

The household and its slaves, and the slaves as a tool. Master and slave. Husband and wife. Father and children. Acquisition of health and wealth.

Mastery is a science because it requires knowledge.

(Sidebar Commentary: It is also an art because it requires creativity to expand).

Others hold that exercising Mastery is against nature. Master and slave is forced where nature has no difference. Anything that is not by nature — manmade or human made — is a convention or artificial. If there were not laws or conventions that continue this, it would not continue or exist. Therefore it’s unjust.

Based on two things: Knowledge or Force.

Life is action not just production. Modern slavery is an economic relationship. Starting out not merely surviving but living well.

Tools of action vs. tools of production.

Good and evil example: "Ruling and being ruled belong not only among things necessary but among things advantageous. And immediately from birth certain things diverge. Some towards being ruled and others towards ruling."

(Sidebar Commentary: The soul rules the body with the characteristic of a master [mastery]. Same with mind over body. Intellect — passions, desires — rules the appetite or desires with statesman or kingly rule [it has a say]. Those relationships, when carried out properly, benefits both. Feels Zen? When this is not carried out properly then it is detrimental to both. Mastery [master over slave]. Being in political order, people have to be benefitted and the ruler has to be benefitted (cannot have one without the other).

What is natural: Either what is necessary or what happens apparently for the most part.

What is good or advantageous: See above.

(Sidebar Commentary: What is just? Need to tease out more.)

"… therefore, whenever there is the same wide discrepancy between human beings as there is between soul and body or between man and beast, then those whose conditions is such that their function is the use of their bodies and nothing better can be expected of them, those I say are slaves by nature. It is better for them just in the cases mentioned to be ruled thus. For the slave by nature is he that can and therefore does belong to another. And he that participates in reason so far as to recognize it but not so as to posses it. Whereas the other Animals obey not reason but emotions. The use made of slaves hardly differs at all from those of tame animals: They both help with their bodies to supply our essential needs. It is then nature’s purpose to make the bodies of free men to differ from those of slaves, the latter strong enough to be used for necessary tasks, the former erect and useless for that kind of work but well suited for life of a citizen of a state... A life which is in turn divides between war and peace."

Definition of freedom: Free person is a human being whose kind is properly ruling his or her body and whose intellect is properly politically ruling appetite.

Summary of Book I

Household rule is same as political,

When Aristotle says something is clear and evident then you ought to be on your guard that it is neither.

(1) Political associations who are for the sake of living well need slaves as instruments for action. Slave as a means for living well.

(2) If anyone is well-suited for being a slave (instrument for action by nature) they have qualities or need qualities that make them unfitted to be slaves in other respects.

(3) If people looked as different as gods do to human beings, then we will all line up to enslave ourselves.

Nature is the standard by which everything is judged.