Cow’s milk is a major part of many Americans’ diets because it contains key vitamins and calcium. But milk consumption has suffered during the COVID-19 pandemic, along with other foods, including beef, eggs, fruit and vegetables. Economic shutdowns have severely disrupted supply chains that move food from farm to fork.

As scientists specializing in ecology and the environment, we’re studying how milk – an essential yet suffering industry – has been affected by COVID-19. We have documented one solution to the milk distribution crisis: innovative small farmers of New Jersey, who are surviving these hard times by working in cooperatives and selling directly to customers. 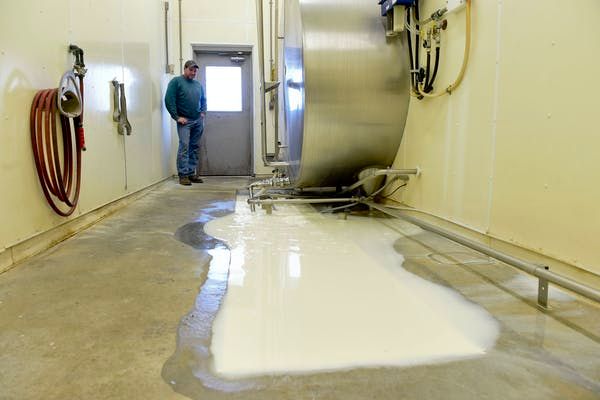 Dave Wolfskill of Mar-Anne Farms in Lower Heidelberg Township, Pennsylvania, watches 5,500 gallons of milk swirl down a drain, the first time his family has discarded milk since they started farming there in 1948. Bill Uhrich/Getty Images

Dealing with changes in milk demand

Changes in the milk distribution networks that connect farmers, processors, retailers and consumers can be hard to see during a socially distanced trip to the grocery store. But they exist and are getting worse.

Dairy producers are dumping thousands of gallons of milk every day. In Wisconsin, 50% of the state’s dairy products have nowhere to go while typical buyers such as schools and restaurants remain shut down and unable to purchase milk and cheese.

In Pennsylvania, where schools buy up to 40% of dairy sales by volume, the pandemic has beleaguered an already-stressed industry that lost 470 farms in 2019. Some large dairies have started donating milk directly to food banks rather than dumping it, but it has taken months for this to happen with the help of nonprofit intermediaries. Such arrangements are patches, not systemic fixes for gaps in a brittle supply chain.

Supermarkets can’t sell all the milk

Milk is still in high demand at grocery stores and supermarkets, but the share that would normally go to shut-down schools and restaurants has no buyers. Dairy farmers can’t reduce milk supply in response, though, because cows continue to produce milk during the pandemic.

Grocery stores and supermarkets aren’t equipped to manage the volume of available milk. Their packaging requirements are different enough from schools and restaurants that relabeling and repackaging aren’t feasible. Milk not originally destined for retail outlets has nowhere to go but down the drain.

Milk waste and donations are signs that supply chains lack resilience – the ability to bounce back from stresses, like a rubber band that returns to its normal shape after being stretched. Milk dumping is more a reflection of broken supply chains than of trends in supply or demand. The fact that the U.S. has too much milk for some places and too little for others highlights weaknesses of conventional food supply chains amid shocks like COVID-19.

One farm, one economy

Restoring demand for milk that is currently being dumped could take months, at significant losses to producers. Yet mainstream agriculture – where the largest 4% of U.S. farms produce 66% of milk, meat and vegetables by value – doesn’t typically operate with a large supply buffer or prioritize resilience. How can this system be rewired to make it more adaptable? 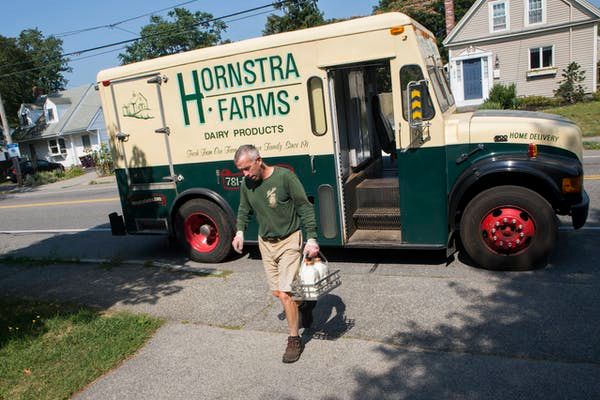 When a farm’s economy stays local, the operation can thrive even during jolts to society. Hornstra Farms of Norwell, Massachusetts sells its dairy products directly to customers through its store and home delivery, above. Melanie Stetson Freeman/The Christian Science Monitor/Getty Images)

Here in New Jersey, farms are the fourth-smallest in the United States, averaging 76 acres. The Garden State’s dairy sector is particularly small, comprising only 50 farms and ranking 44th of 50 states in total milk production. But despite their small operations, we see New Jersey’s local entrepreneurial farmers as models of a game-changing strategy.

Rather than selling their milk to large dairy processing companies, these vertically structured local farms raise cows, process milk and other foods and sell them directly to consumers at farm-operated markets and restaurants. Unsold items return to farms as feed or fertilizer.

This system is highly efficient, even during the current pandemic, because farmers and their customers represent the entire supply chain. Customer demand for locally produced food is surging throughout New Jersey and the United States.

These farmers don’t operate alone. They band together in cooperatives, sharing resources for the benefit of all. Farmers with dairies and slaughterhouses bottle milk and process animals from other local producers. Those that own markets, cafes and restaurants act as hubs stocking and selling milk, meat and produce from neighboring farms, generating profits for all parties.

In our view, New Jersey’s local farms are able to bounce back from disturbances like a pandemic because they add a collaborative, "horizontal" element to vertically structured farms. As networks of farmers and consumers grow, they become more connected and are able to flexibly pivot and adapt to meet demand, thus creating increasingly resilient regional mosaics of farms and customers.

We see Garden State farms’ current success as evidence that resilient food systems make agriculture smaller, not larger. As food networks rewire in the wake of COVID-19, we believe one priority should be fostering food systems that are flexible and diverse, like New Jersey’s farmer-consumer networks.

For instance, agricultural policies could be designed to accentuate the efficiency of small farmers and their capacity to nimbly respond to disturbances when larger-scale agriculture cannot. Nurturing such flexibility is critical for creating resilient food systems in an uncertain future.

[You’re smart and curious about the world. So are The Conversation’s authors and editors. You can get our highlights each weekend.]