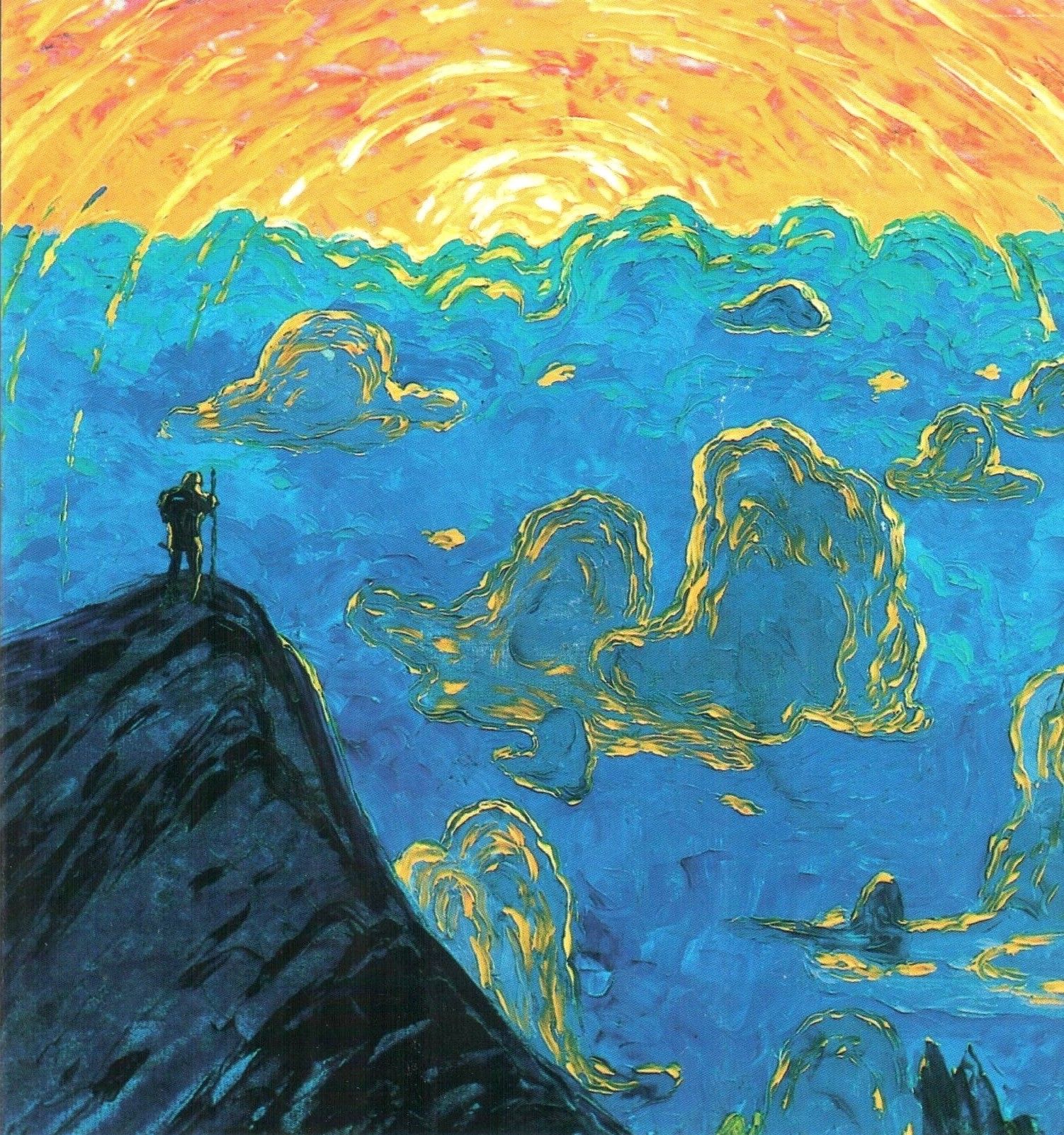 Nietzsche’s imagery, allusions, and treatment of questions of love, envy, and humanity.

The giving of alms is an expression of pity. It’s an ugly version. You’re looking at someone and you're saying to that person: "You can’t help yourself and I know that and I feel sorry for you." There is an assertion of superiority that makes the person who is pitied poorer than they were before. You indicate that they are not able to help themselves and improving their lot. This is about you feeling good for yourself and feeling superior.

When Zarathustra said "not poor enough", he is essentially saying "no need to exert superiority in this harmful and conclusive way over needy beings". This type of pity is connected to notion of love where love is about what you want from somebody else as opposed what you're going to give as a gift.

God is dead. This "sun", which is the Christian morality or dominant morality, is really gone. The light of that distant star is still hitting us but the source of it is over. It really has gone down, that morality — that star. In the darkness that ensues, a human being who comes to try to give a gift that might fill the void left by the loss of that moral doctrine might be regarded as an enemy even though he is bringing a gift; he’s trying to fill a sort of nihilistic gaping hole. The people have not realized yet that the full darkness is on them, so they might still attack because they are still attached to the old morality despite the fact that they no longer have sufficient grounds to hold up that morality.

The holy man says that even though it is true that you do not need to pity human beings, what you are going to undertake is dangerous. People will not understand you and I will think you are a criminal.

Start making excuses. The Saints starts making excuses that he has no gifts to give which means he is lacking and not overflowing. Then the Saints says he hangs out with God, any current human beings are not going up to love and exhaust me. So I do this laughing, praying, honey and I try to please God.

The Saint asks what gift Zarathustra has to bring them. He says nothing; he says he has to leave. Almost as if he does not want to give the Saints something because the Saint has not yet heard that God is dead.

Laughing as two boys: Indicates sparring is over. It momentarily made the old man young again. Moment of rejuvenation via fighting. Strife or opposition of a certain kind is regenerative.

The rejuvenation is on a false ground because it is it momentary or temporary insight that the Saint has not yet had. It is borrowed. The Saint is younger in the presence of Zarathustra but it is borrowed and not internal.

Serpent and Eagle: Romana? Ancient Jews? Nietzsche never thought there has been a more powerful or more vitally potent people (wisdom tied up with Garden of Eden and pride).

Zarathustra withdraws to the mountain where he regenerates or rejuvenates.

Solitude in not talking to people is necessary. If not withdrawn he would have been spent. It is not dialectical now, but it does become dialectical later in the book, and that is the major drama: We see a being that makes a mistake and is learning even what he is trying to do, but he is looking for someone to do the thing he needs to be done. And over the course of the book he realizes he is the one who needs to do it and then you get this dialectical descent into the psyche.

The Republic begins with the Greek word for going down. Socrates talking with Glaucon privately and watching a religious festival and then being compelled to talk to a group of Glaucons friends and relations in pierayas which he would have wanted to leave. One of those activities was free and one was compelled but both seem to be happening down.

(One of the conventions of epic poetry is to place added significance on the first word in the poem. In the Iliad, the word is appropriately μήνις (mínis), "wrath," and in the Odyssey the word is άνδρας (ándras), "man." In the Republic, it is Κατέβηκα (Katévika), "I descended," a word that resonates with readers familiar with the later books in the Republic. Many will recall the first half of the Allegory of the Cave and its description of the soul’s ascent from darkness to the light, but few give equal attention to the second half of the allegory, the descent of the enlightened man back into the cave (517a). His eyes unaccustomed to the dark, his steps are unsure, and to the prisoners his education makes him unsuitable for life among the shadows. He tries to persuade others to join him in the ascent, but they refuse to follow his example and instead wish to kill him. The descent is at once an acknowledgement of the seemingly impractical nature of the enlightened man (his eyes need time to adjust to the darkness) and of the challenge that awaits him when he attempts to persuade others to follow his lead.).

Envy: Important concept for Nietzsche. When you see something you believe to be beautiful or good, and you want it, but rather than taking steps to secure it as a jealous person would do, the envious person seeks to try to destroy it. That turn to wanting to destroy is a indicator to vital impotence because you do that because you are not putting enough to try to get the good thing.

Happiness without envy. You can recognize it and leave it at that...

Irony: Something that is meant to alleviate suffering from us — meant to get rid of suffering — is precisely what makes us suffer.

Desire: Desire is something that is actually important for us. It does not always lead to suffering. For example, if your body is sick it will desire for itself to heal.

Reason: Reason is a measuring stick. It is a corrective tool in order to judge others in their knowledge upon a model. And this knowledge has lost its thirst for knowledge. It no longer is lion-like. All you are doing is using knowledge in order to judge other people on our corrective model. Examples of this are "multiple choices" (e.g., multiple choice test). As nature points out, what exactly is the thirst of knowledge there? There is no actual thought process that goes into choosing a multiple-choice answer. All you are doing is memorizing and reproducing.

Virtue: Zarathustra is critical of virtue. When we have "good and evil" we tend to think of them as big and pure concepts. Moral sense of pure good and pure evil? What we think is good at any given point in time and what we think is evil is actually based on historical context (which, as we may could be fudged, misleading, or incorrect).

Justice: Whenever we think of somebody who is incredibly upstanding or just, the amount of hellfire they will rain down on somebody who is unjust is unbelievable. They do not show the unjust compassion or any form of understanding. This goes back to wanting to be absolutely superior in mindset and principles compared someone else (e.g., the "Pity Problem"). Just think of the amount of condemnation and hatred one can have for another because they think they are just. (e.g., Batman).

Pity: The seedbed of nihilism in all its forms. The initial movement of compassion. It allows us escape from own personal suffering because we are not the one who is in a horrible situation; it is someone else. The danger is our compassion is used against us in a manipulative form in order to then move away from life itself.

Sidebar Commentary: This is why you should affirm life… and willingly confront the horrible situation. This is my problem with nonprofits and "social justice" movements, which are just as immoral as they are moral.

Nietzsche’s animal images provide lessons in deep ecology insofar as they serve to move Zarathustra and the reader through the critical transformations necessary for remaining faithful to the earth.